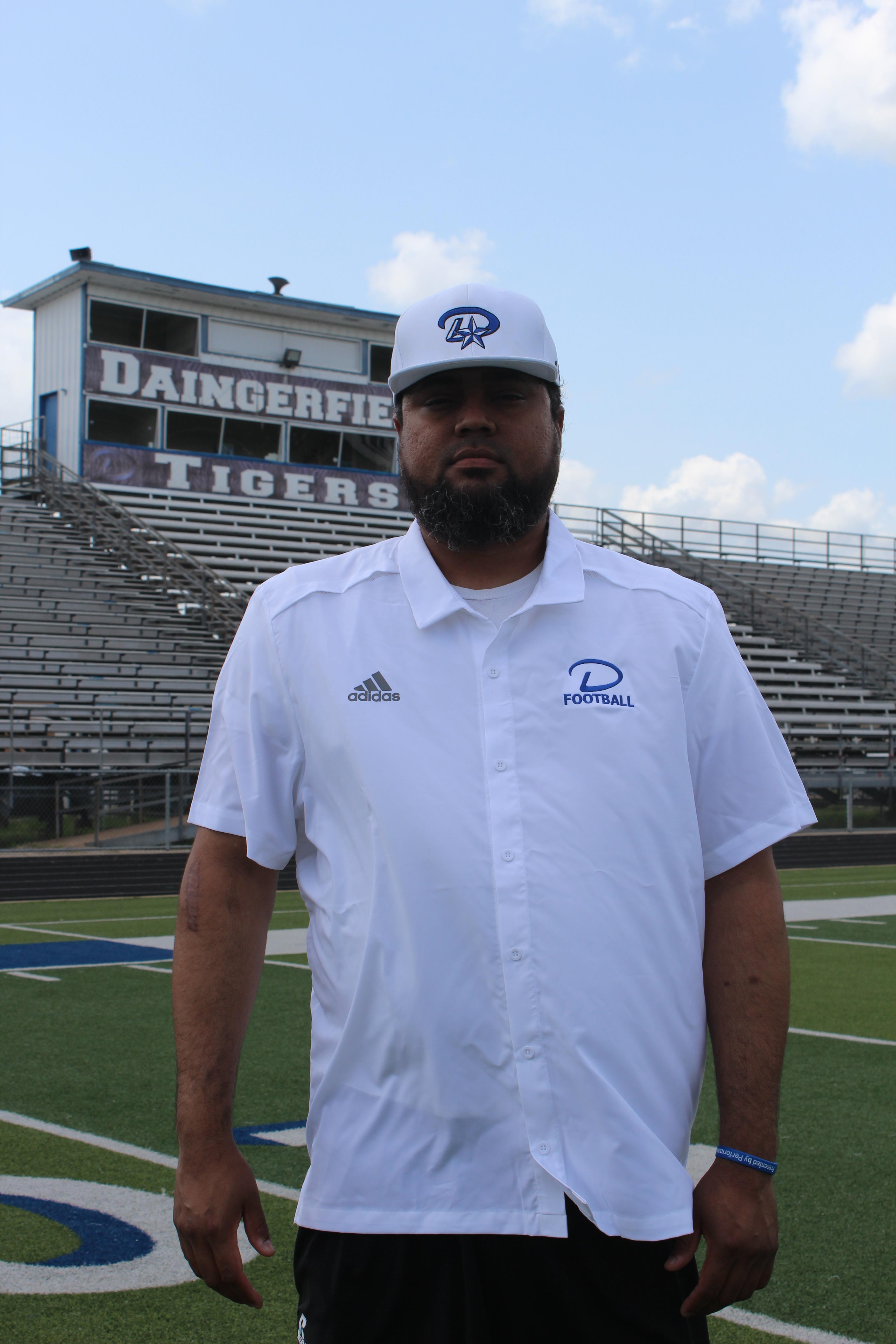 Davin Nelson and his family are excited to be returning members of the Daingerfield Tiger Nation.  He is extremely excited and feels blessed to have the opportunity to serve his 5th year as the Athletic Director and Head Football Coach.  Coach Nelson is a graduate of Tatum High School and Jarvis Christian College.  He previously served in the USMC before starting his coaching career in 2007 at John Tyler High School.  In 2008 Coach Nelson went to Jacksonville High School where he coached running backs in 2009, defensive backs in 2010 and the secondary from 2011 through 2014.  In 2014 Coach Nelson served as Assistant Head football, Defensive Coordinator and Head Boys Track Coach at Woodville High School until coming to Daingerfield in 2016.  Prior to becoming the AD/HFC in 2018, Nelson also served as the Assistant Head Football, Defensive Coordinator and Head Track Coach here in Daingerfield.  “I would like to thank the school board and community for all their support.  Our family has felt welcomed and loved here in Daingerfield.  Most importantly thank you to our parents, booster club and fans for taking such good care of our Tigers and allowing us to coach them.” 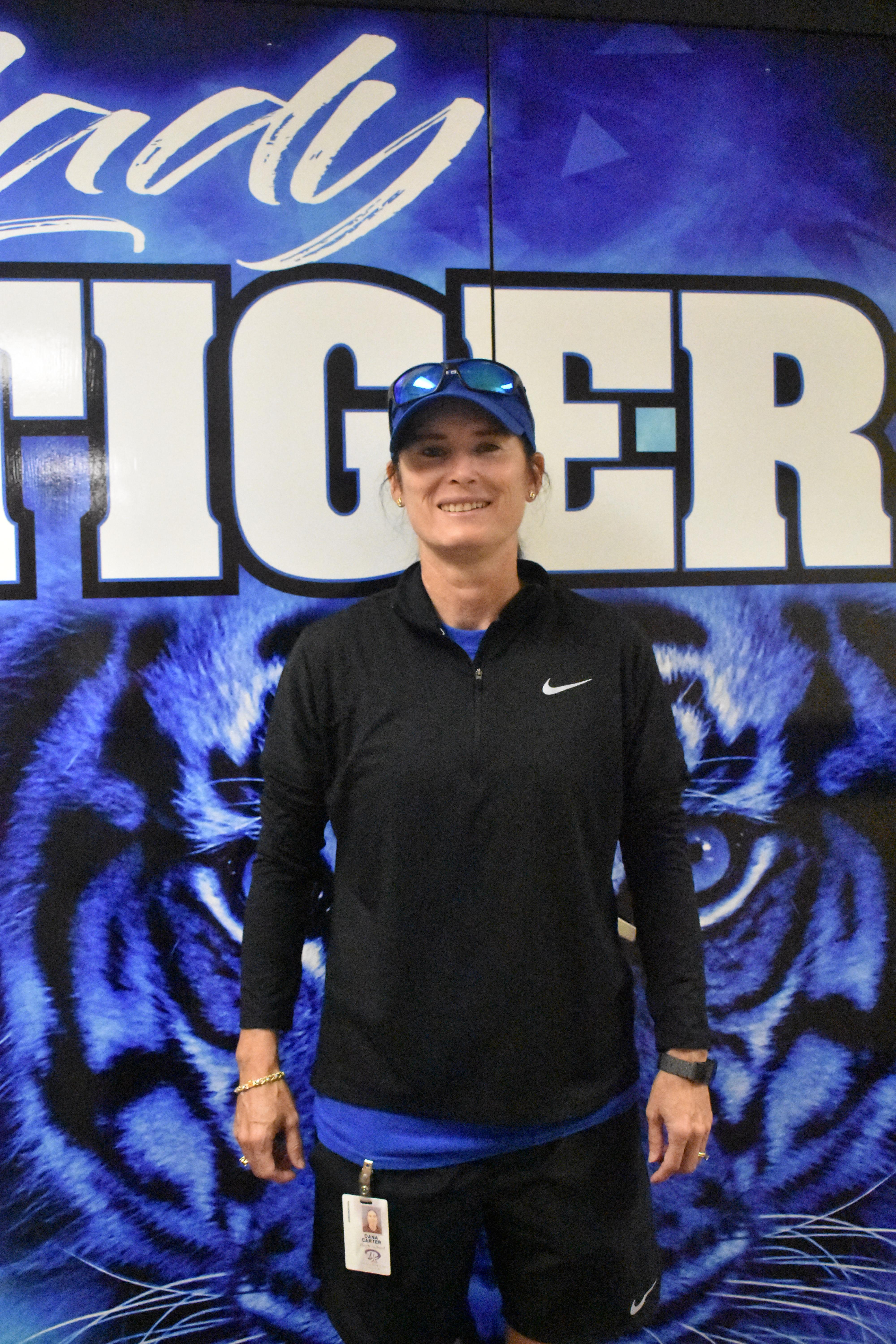 Dana J. Carter is entering her 21st year at Daingerfield High School.  She serves as Girls Coordinator, Head Girls Cross Country Coach, Head Girls Track coach and World History teacher.  Dana is a graduate of Post High School in Post, Texas and of Texas Tech University in Lubbock, Texas.  Dana and her husband, Mike, have been married for 23 years and have one daughter, Laura age 18 (now attending Texas University). 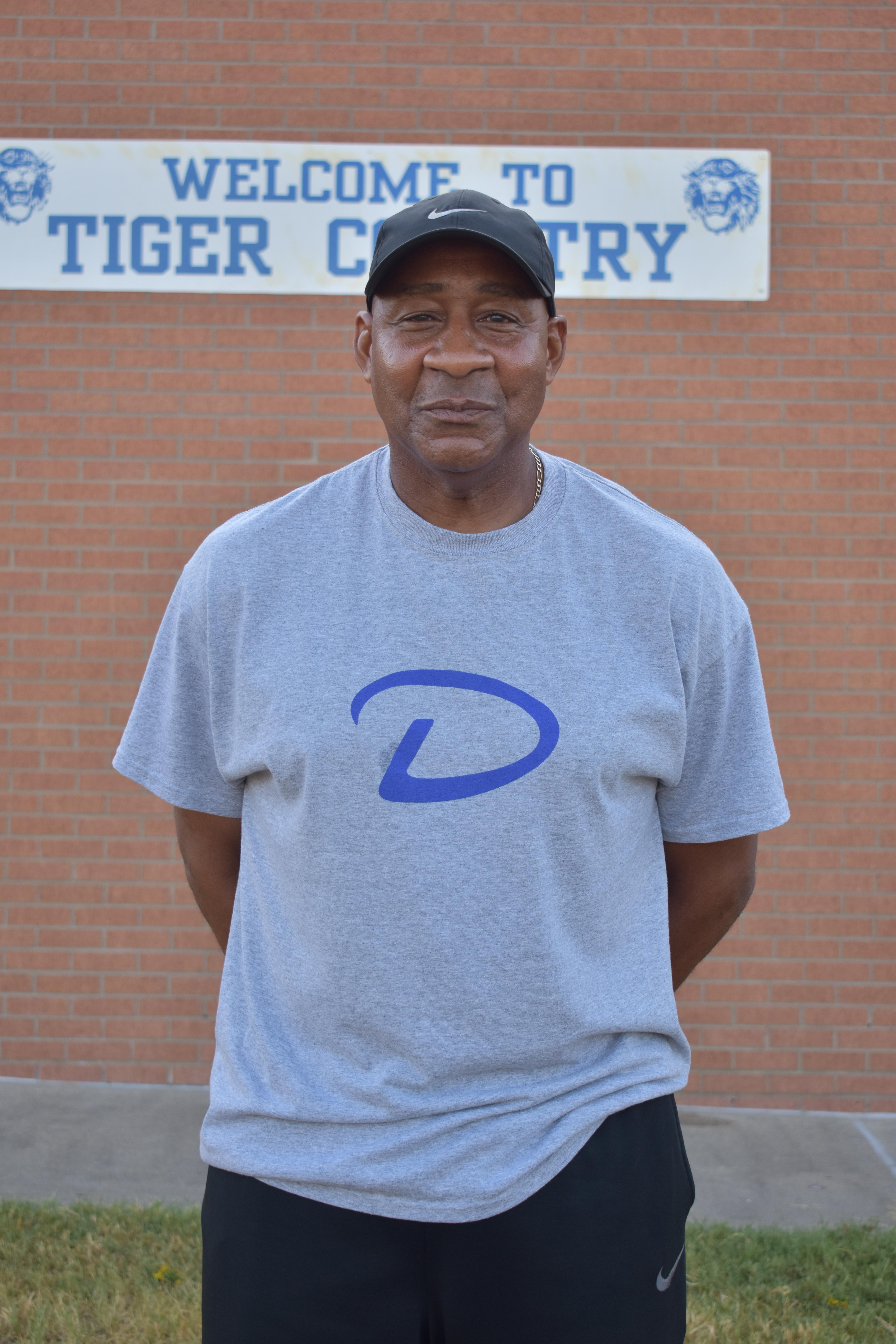 Curtis Lewis is a 1978 graduate of DHS.  After high school he attended Prairie View A&M University and received his B.S degree.  He came back home in 1983 to accept a coaching/teaching position at DHS.  He has been a part of many state championships while in Daingerfield, starting with playing on the 1977 State Championship Basketball team.  During his 35 years of coaching/teaching here at Daingerfield he has been proud to have coached several State Championship football teams and track teams.  Coach Lewis is married to Lesia Lewis, superintendent of Daingerfield-Lone Star ISD.  They have two children and five grandchildren.  He is an active member of Mt. Mitchell Church of Christ. 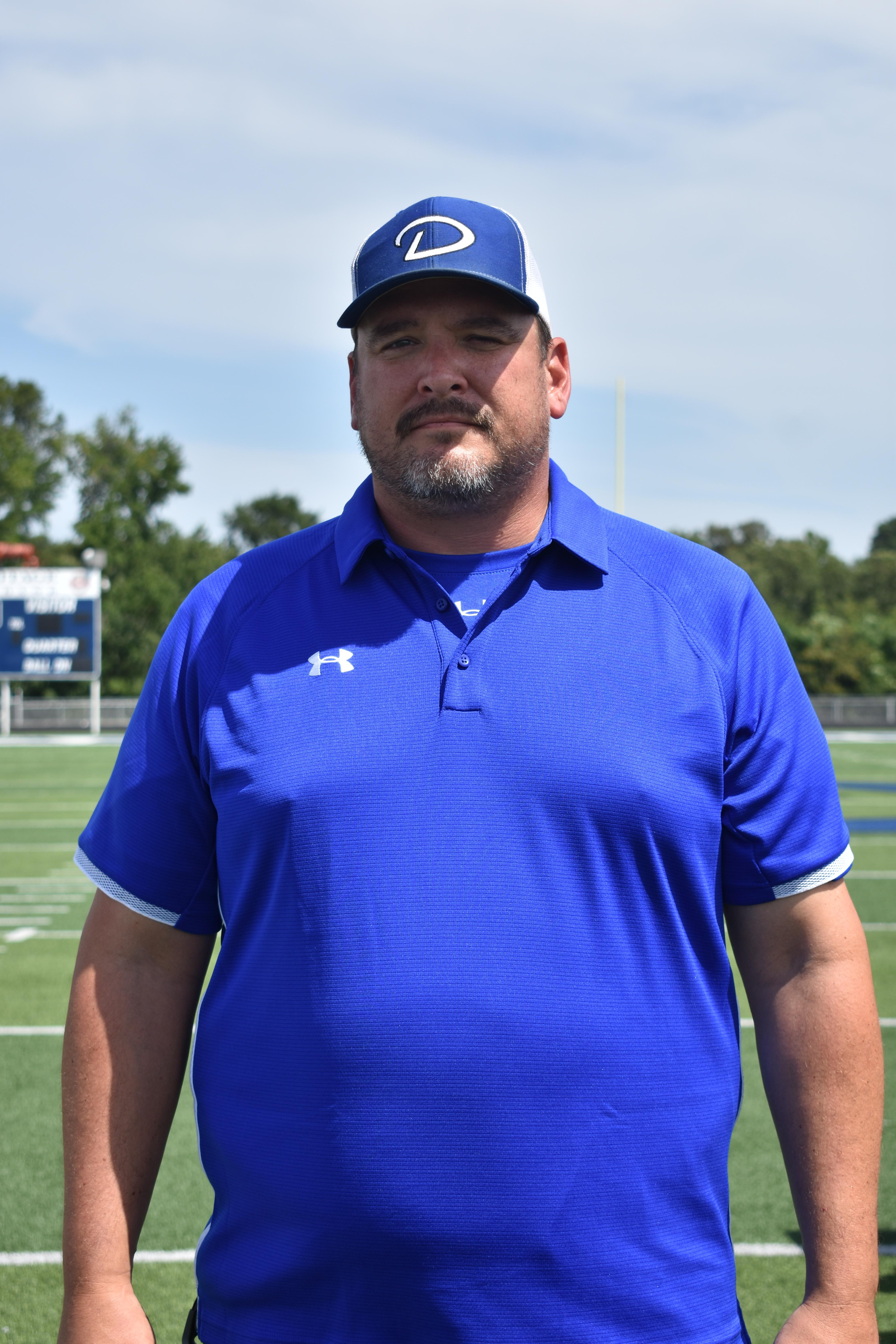 Russell Crane enters his 8th year at Daingerfield-Lone Star ISD teaching and coaching. He is now located on the high school campus. He will be teaching World History and coaching the O-Line as well as power lifting and assistant basketball coach. He is a graduate of Texas A&M Texarkana and is excited to be returning as a Tiger. 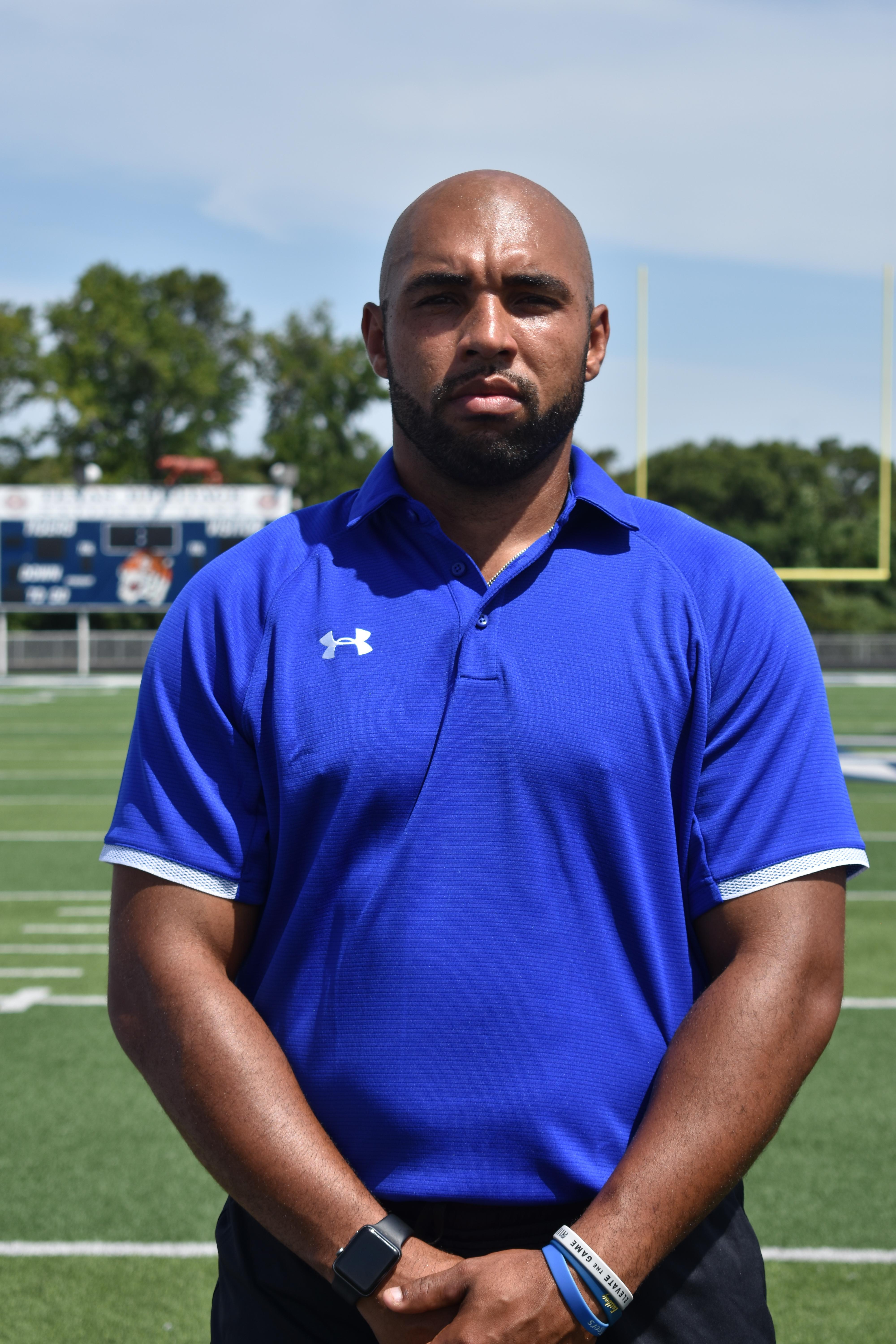 Jermaine Mitchell is a 2003 Daingerfield High School graduate and led the Daingerfield baseball team to their first and only State appearance in 2003.  He then went on to play baseball at Texarkana College and the University of North Carolina Greensboro.  He was drafted in 2006 by the Oakland Athletics in the 5th round and played from 2006 to 2014 with the Oakland A’s, Philadelphia Phillies and the Minnesota Twins.  He will enter his 2nd year at Daingerfield as the RB coach and Head Baseball coach. 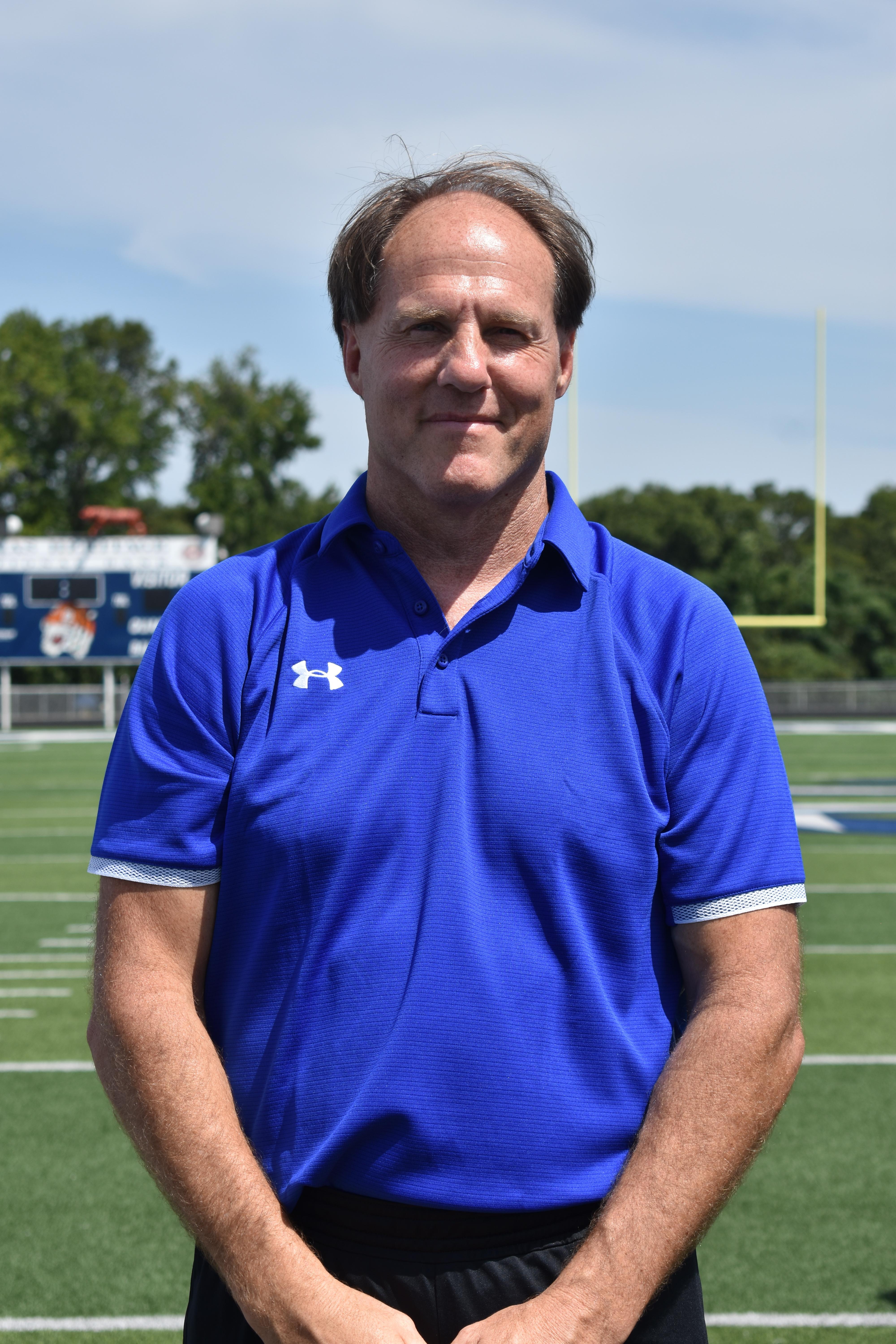 Willard Templeman enters his 3rd year at Daingerfield-LS ISD teaching and coaching.  Coach Templeman is a graduate of Stephen F. Austin State University.  He will be teaching Science and will also coach Jr High football, basketball and track. 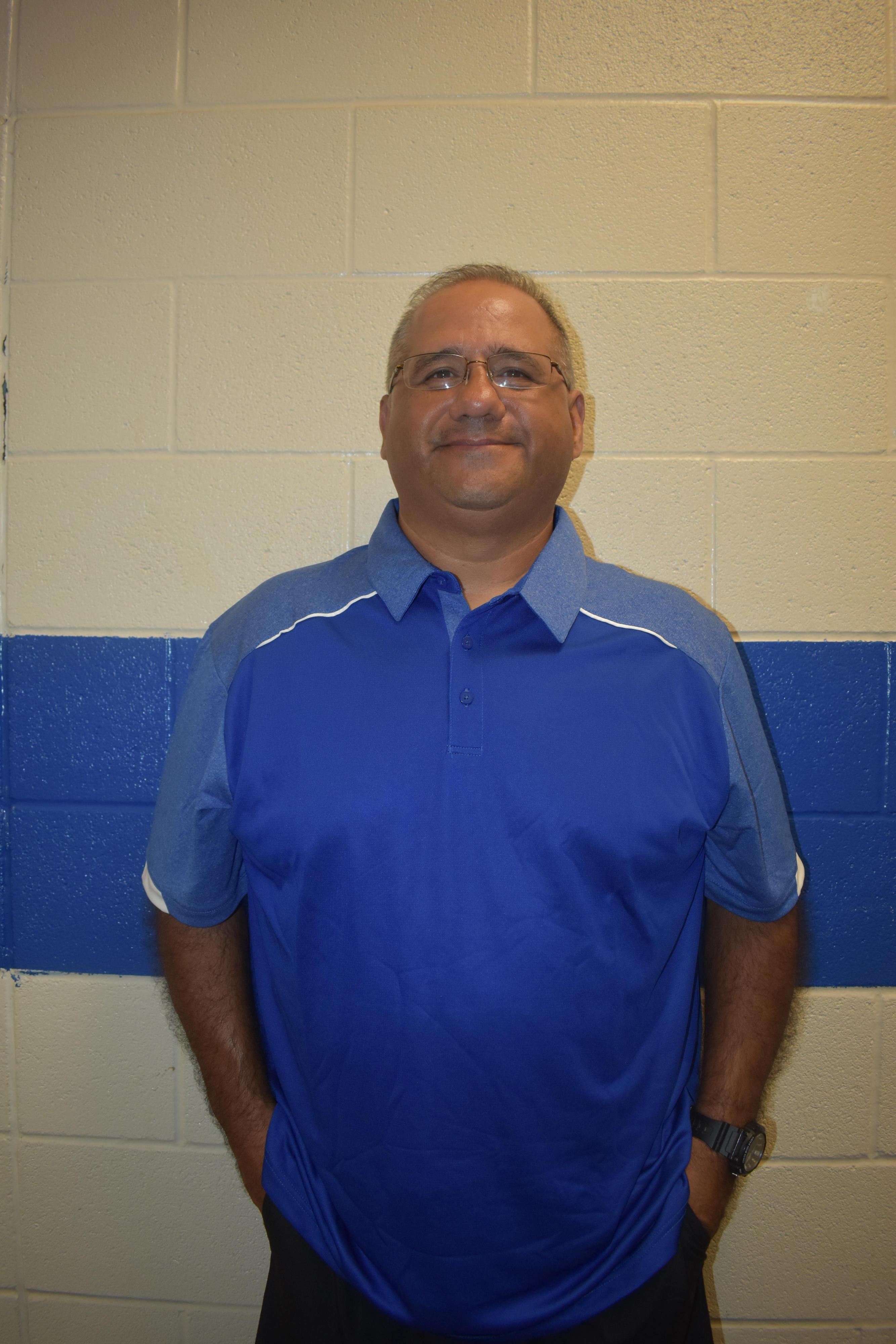 Ben Ramirez is entering his 8th year at Daingerfield-Lone Star ISD. Coach Ramirez is currently the Assistant Principal at West Elementary. He has also served in other administrative positions throughout the district. He is currently in his 23rd year of his coaching career. He is a native of Gering, Nebraska. He played baseball at Fort Scott Community College in Kansas. Coach Ramirez then attended Texas A&M University Commerce where he completed his Bachelors of Science and later Lamar University to complete his Masters of Education. He is married to Fran Ridenour Ramirez and is the father to three children, Ryan (26), Jayley(25), and Brett (17) and step-dad to Bryce Ridenour (18). 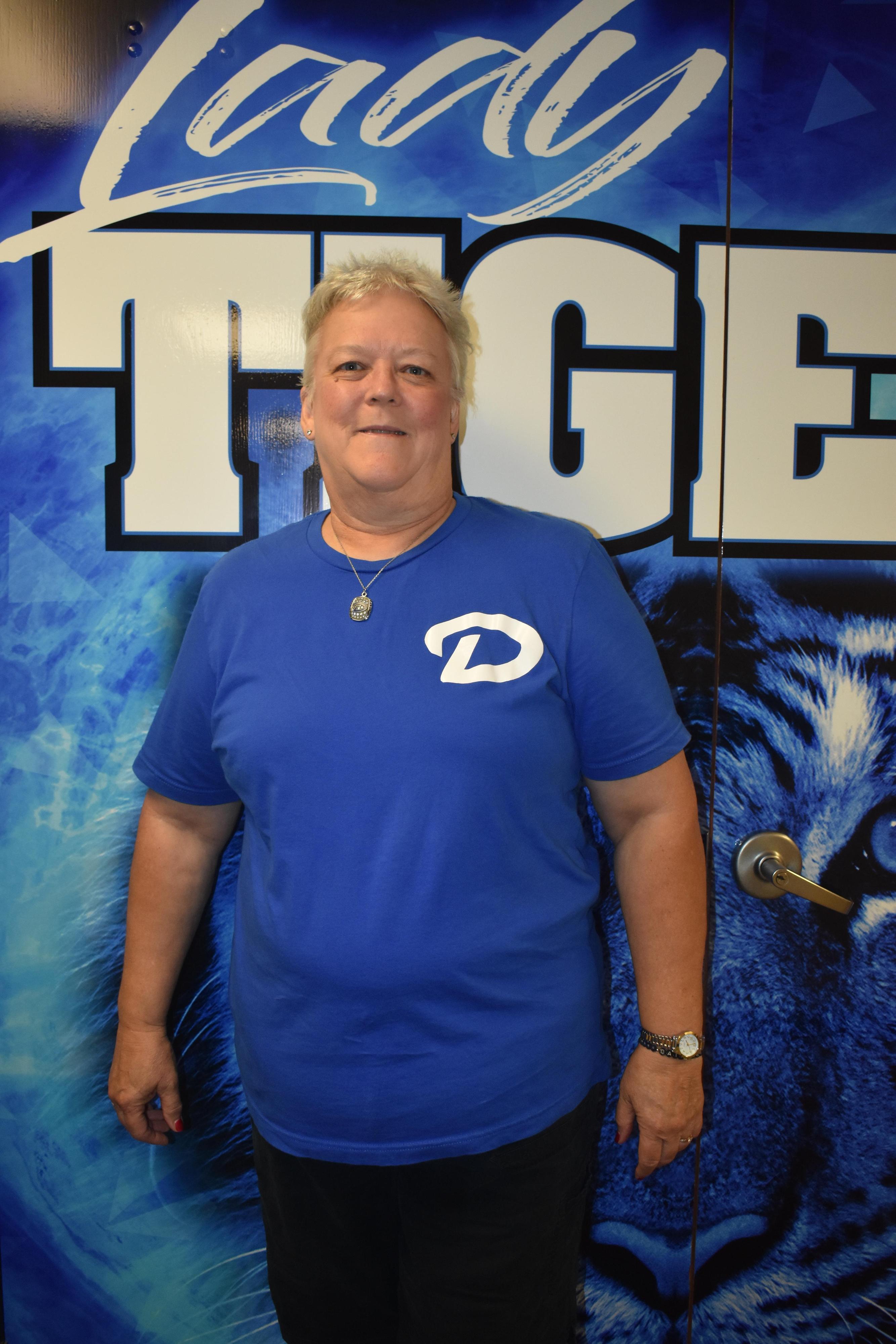 Jana McGoldrick is excited to start her 13th year at Daingerfield-LS ISD.  She will be coaching the DJHS Lady Tigers and teaching 6th grade Social Studies.  She has been married to her wonderful husband Robert McGoldrick for 28 years, they met when they were both coaching and teaching at a school near Fort Lauderdale, FL.  Thirteen years ago they moved back to North East Texas to be near family.  This is her 30th year in education and coaching.  She was head Volleyball coach for 19 years, both in Texas and Florida.  She started her coaching career at LeTourneau College in the mid 1980’s.  She enjoys all sports, reading and gardening.  Faith and family are very important to Coach McGoldrick and Bob, they are active members of First Baptist Pittsburg where they both sing in the choir.  She’s proud that she has two new great nieces!  Coach McGoldrick is ready for another GREAT year at Daingerfield…GO BIG BLUE!!! 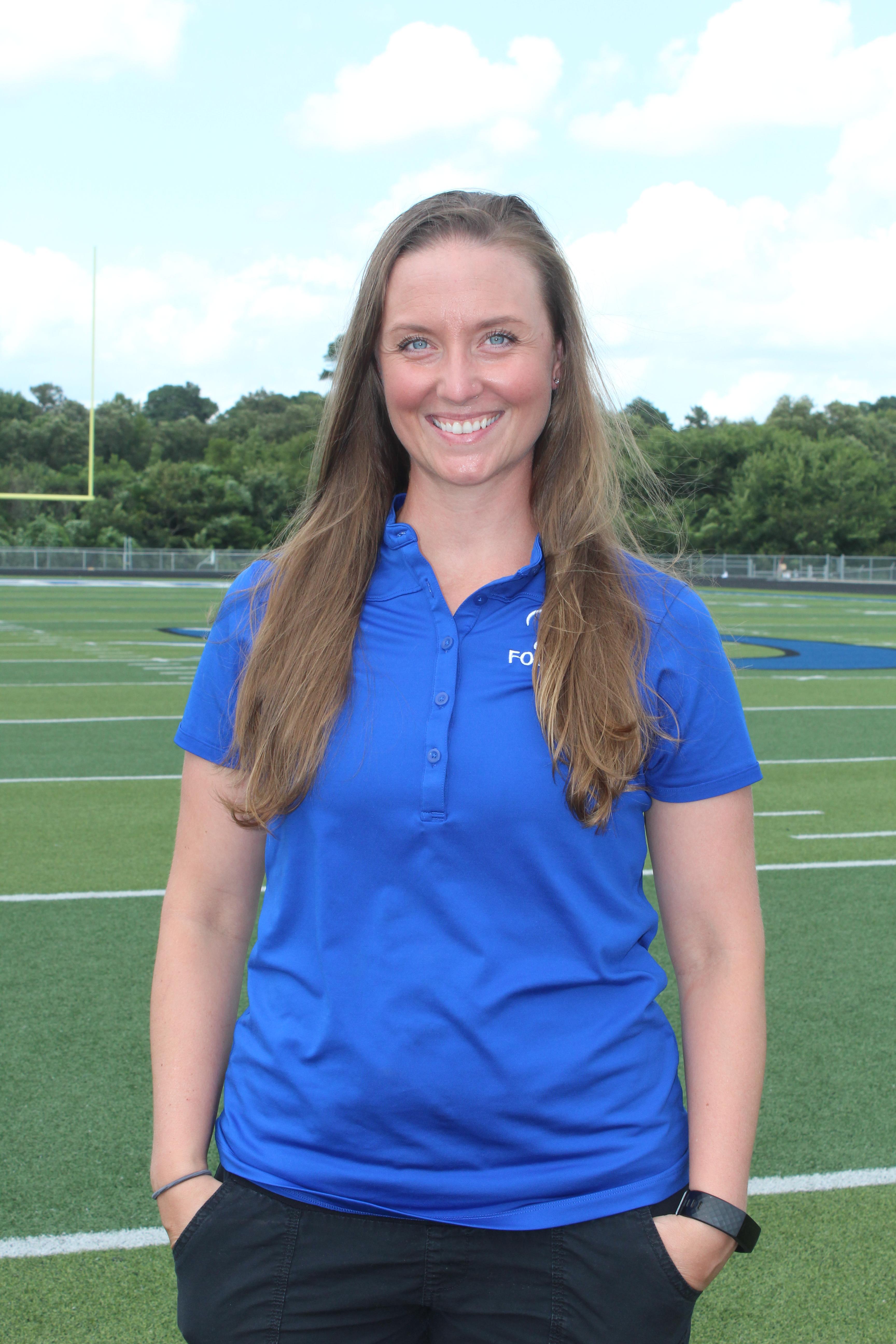 Averi Nelson is in her 7th year as the Athletic Trainer for Daingerfield.  After graduating from Upper Iowa University with a BS in Athletic Training, she attended A.T. Still University while working at Quitman ISD.  She graduated with her Master’s Degree in Human Movement/Sports Conditioning in 2010, and went on to work at Jacksonville ISD, TMI Sports Medicine – Home of the Texas Rangers, and Woodville ISD.  Averi is a BOC Certified and Licensed Athletic Trainer with many other certifications.  She covers all sports and athletes at Daingerfield-Lone Star ISD.  She is the mother of Ainsley and Kenna. 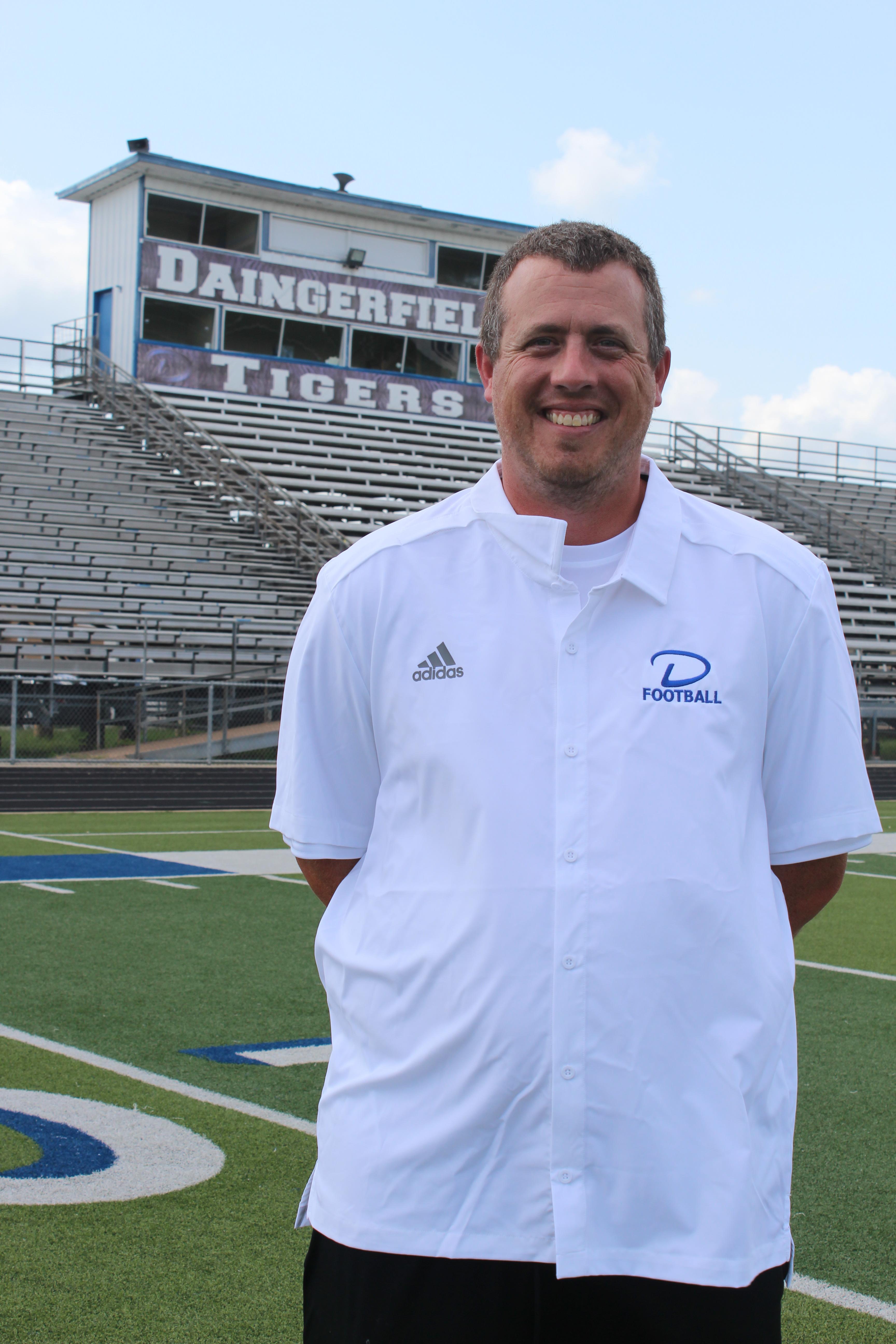 Coach Hubbard is in his 2nd year at Daingerfield as the Offensive Coordinator and Quarterbacks coach and his 11th overall year in education. He is a graduate of Beckville High School and twice a graduate of East Texas Baptist University where he played quarterback for the Tigers. In his career he has spent time at San Augustine, Tyler Chapel Hill, Tatum, Alto and Woodville serving in a variety of coaching roles including Offensive Coordinator (5 years), Head Basketball (boys & girls) and Head Boys Track. He has been a part of numerous District Champion football and basketball teams, a State Tournament and 3 Regional Tournament basketball teams, and yearly trips with athletes to Austin for the State track meet. Coach Hubbard and his wife, Rebecca (South Elementary), have been married for 7 years and are the proud parents of Jaxon (5) and Hannah (2). 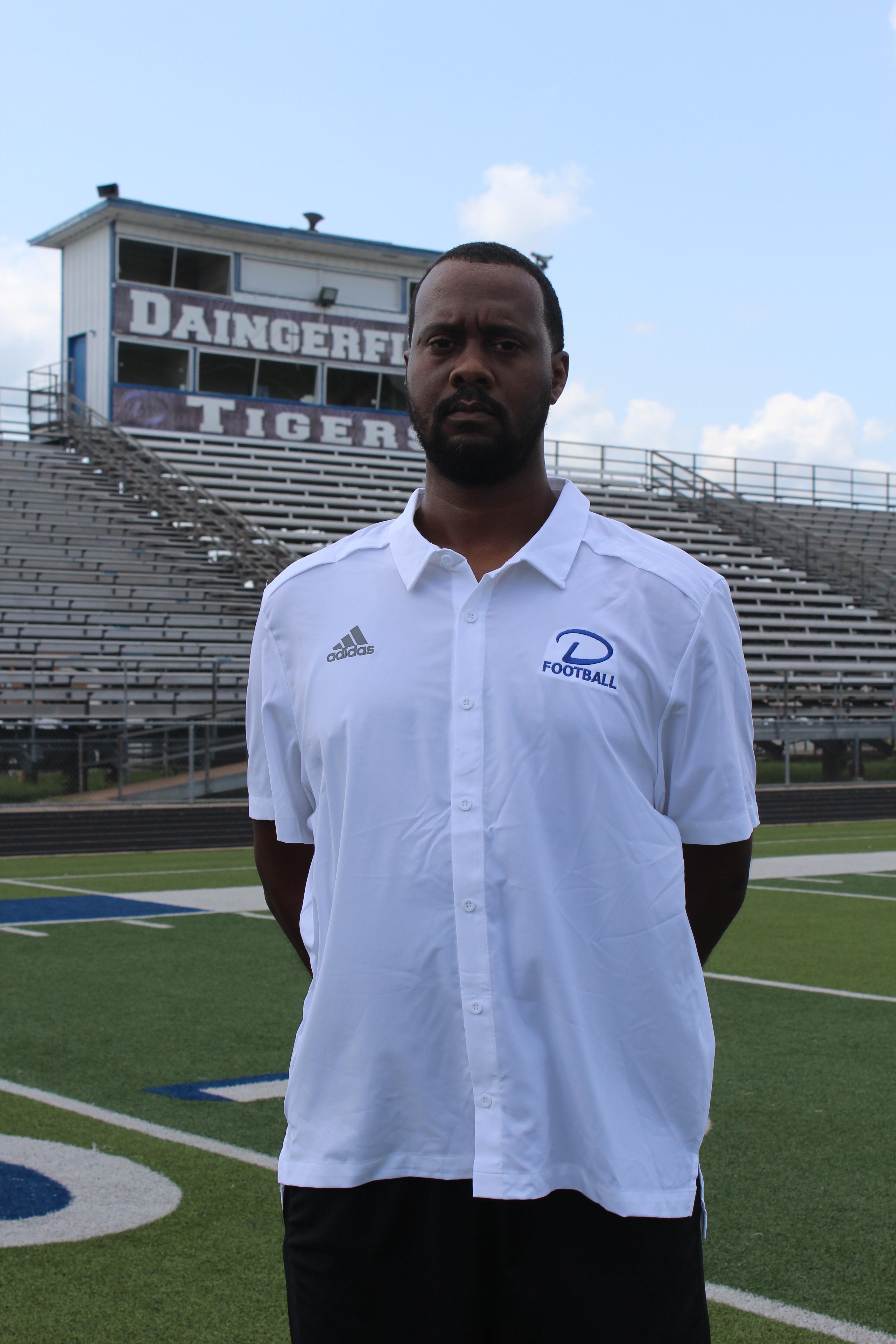 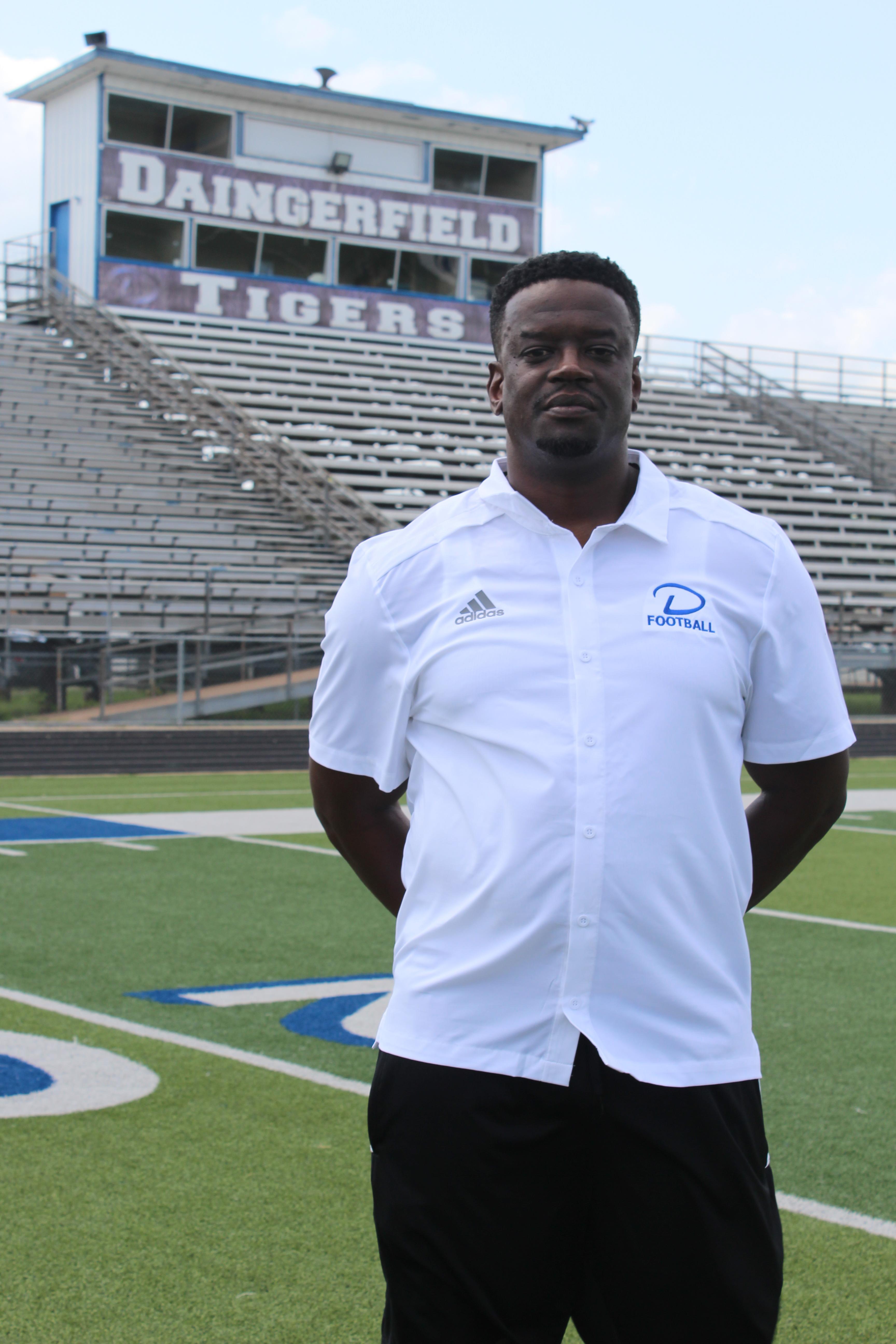 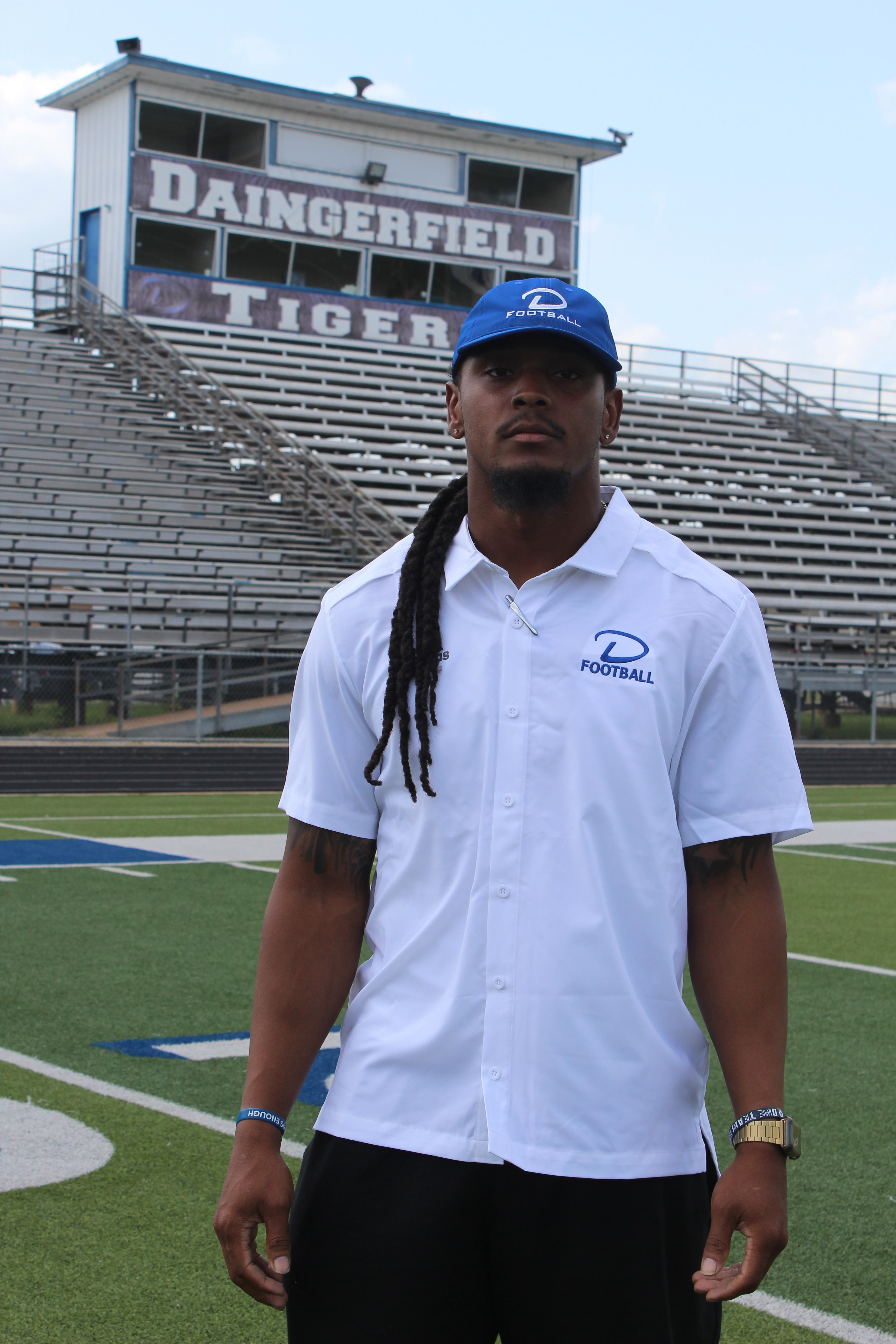 Tevin Godfrey is in his 2nd year here with Daingerfield.  He is coaching football, basketball and track.  He is a former Gilmer Buckeye, including playing wide receiver on their State Championship team 2009-2010.  He then played with Texas A&M-Commerce at the wide receiver position from 2010-2014.  He continued his football career at the University of Saskatchewan (2015-2016), then played semi-pro in the Canada for the Fort McMurray Monarchs (2017).  He likes playing Call of Duty and listening to podcasts. 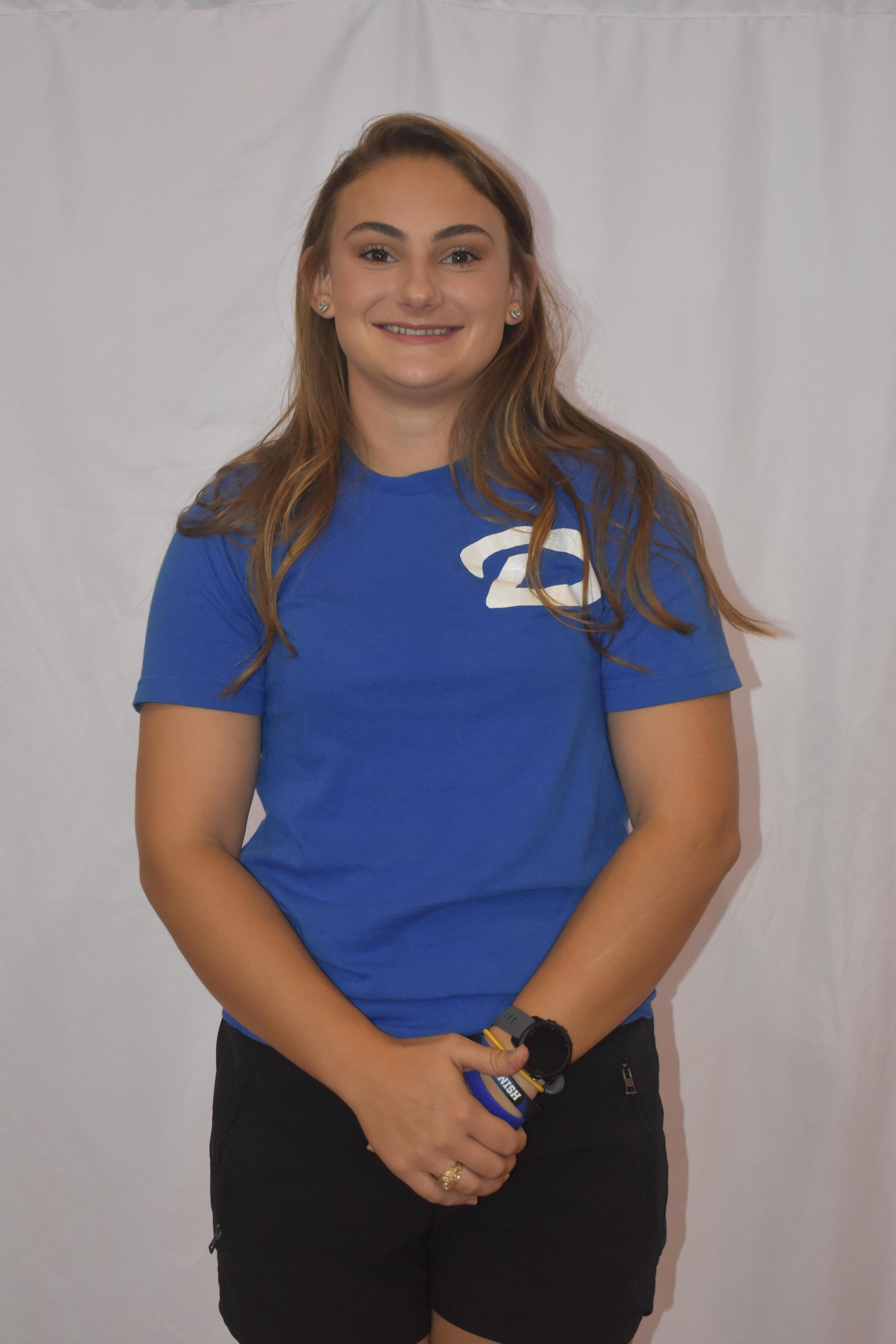 Bailey Freeman is excited about her first year as a Tiger. She graduated from Texas A&M University and recently moved back to Northeast Texas with her husband, Dylan Freeman, and their son Baker. She will be assisting with volleyball, basketball, and softball, as well as teaching Anatomy and Physiology, and Physics at the High School. 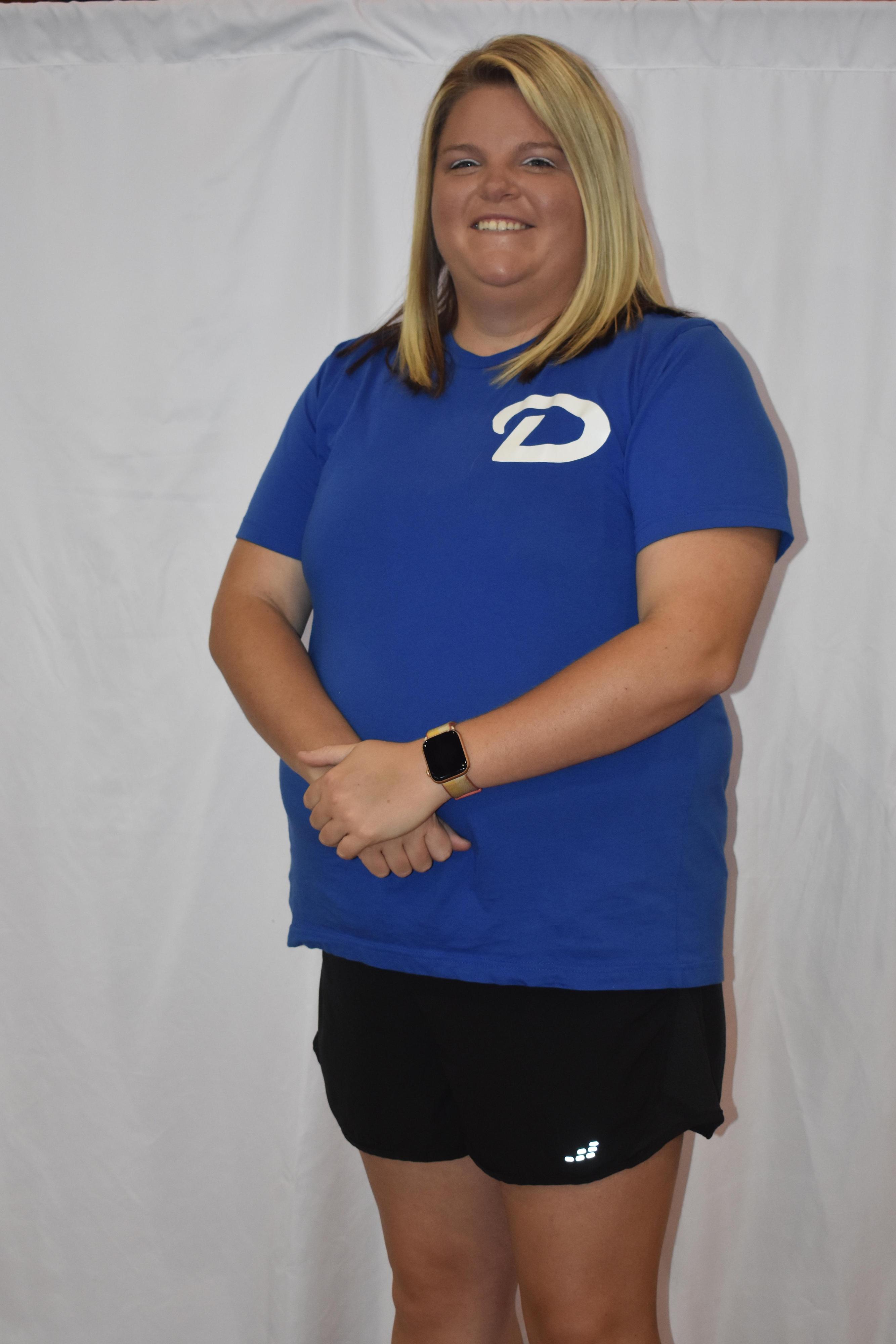 Brittany Black is excited about her first year coaching and being at Daingerfield-Lone Star. She graduated from Texas A&M-Commerce. She has a 12 year old son named Kayston. She is head volleyball and will be assisting with softball and track. She will also be teaching PE at South. 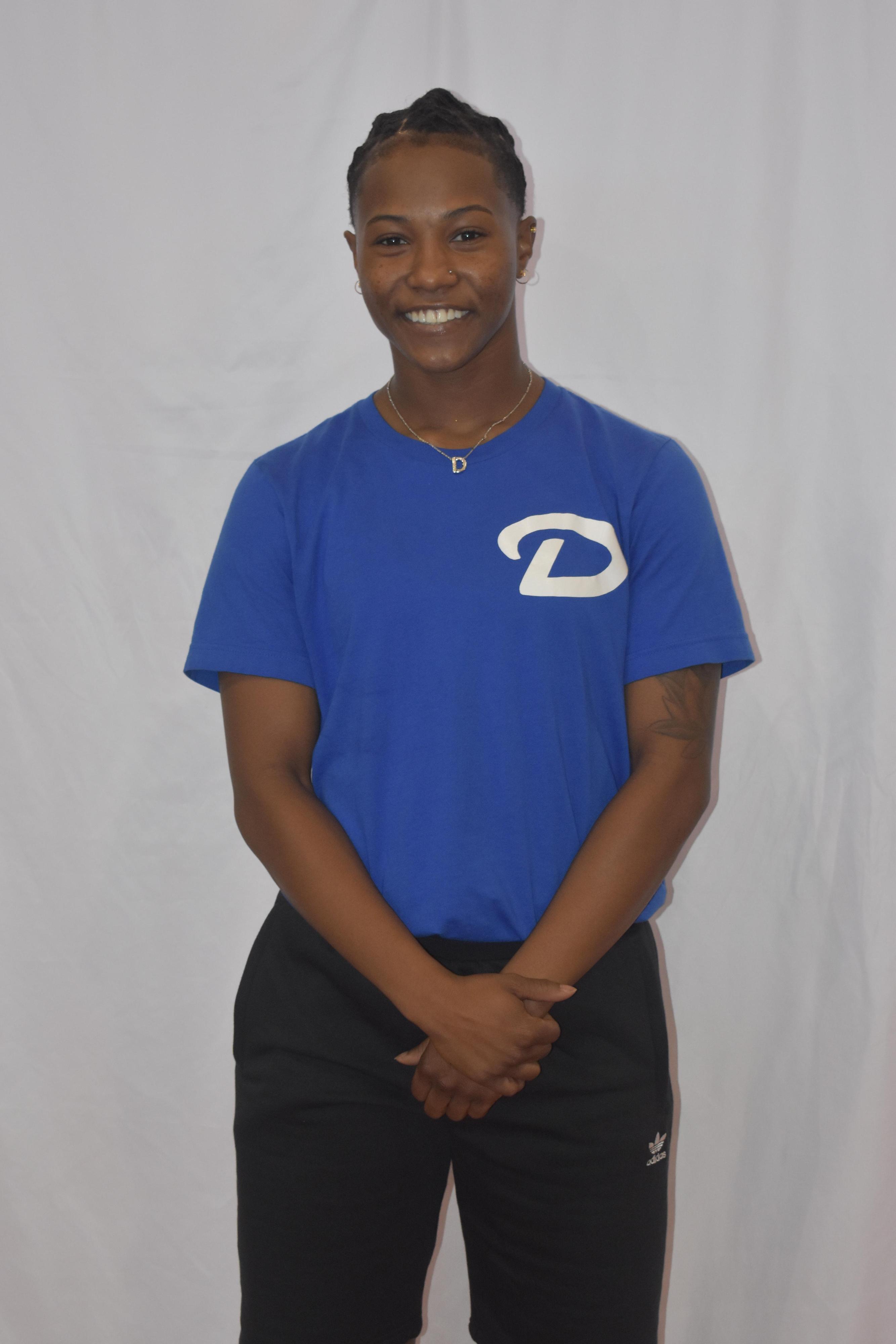 I am D’Maya Hashaway, (Coach Hash) a first year coach, and life mentor. I was born and raised in East Texas. I am a graduate of Pittsburg High School class of 2015 where I was a student-athlete, and Southern Arkansas University alumni class of 2018. My main objective this year at DLS ISD is to embody these student-athletes with enthusiasm, direction, and positive support to mold the bright futures they deserve. It’s a pleasure to take on this mission with my very first group of girls. 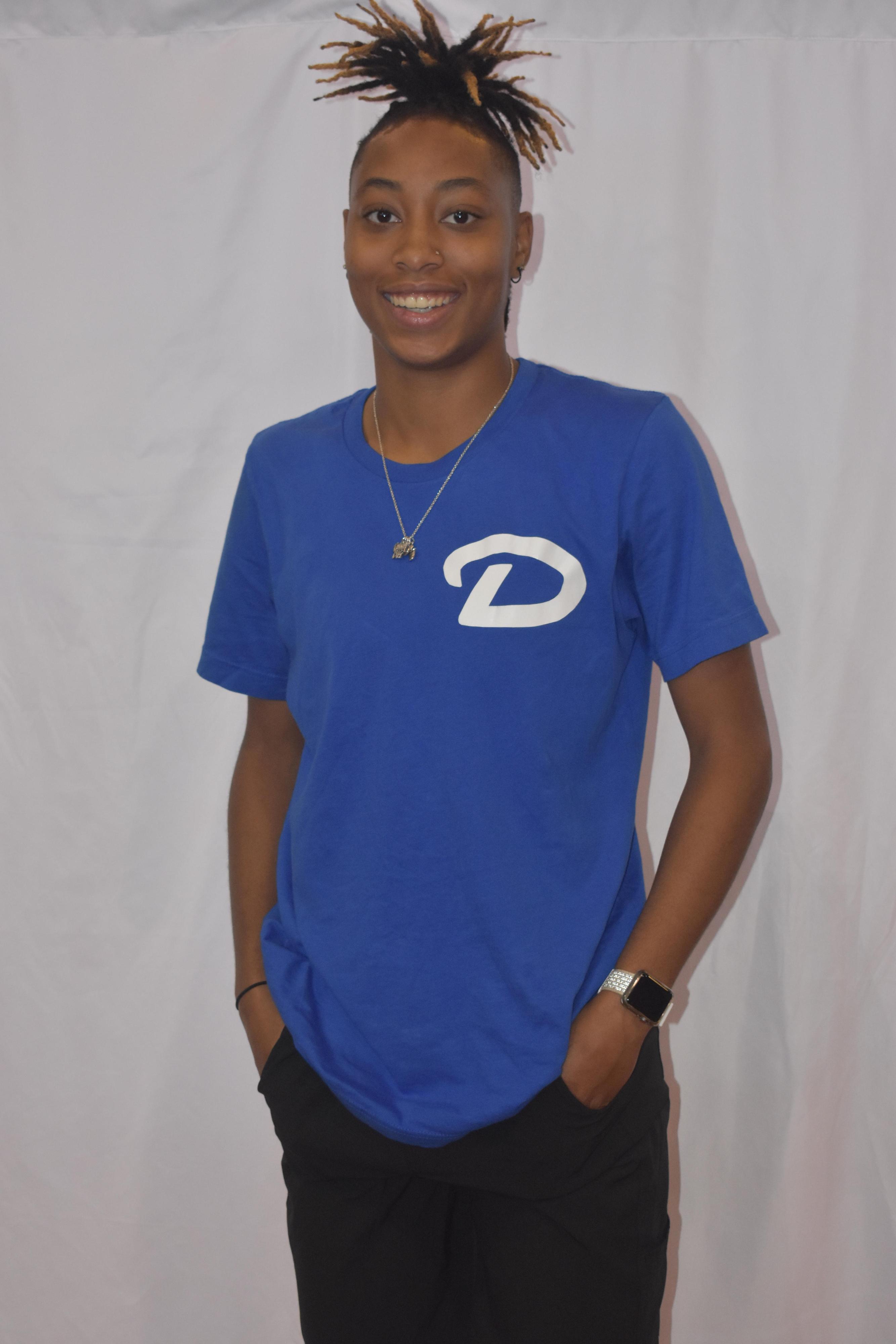 My name is Keauna Whitfield (Kj) and this is my first year here with Daingerfield. I am coaching volleyball, basketball and track at the Jr high. I’m from Rosebud, Texas and I graduated from LeTourneau University. 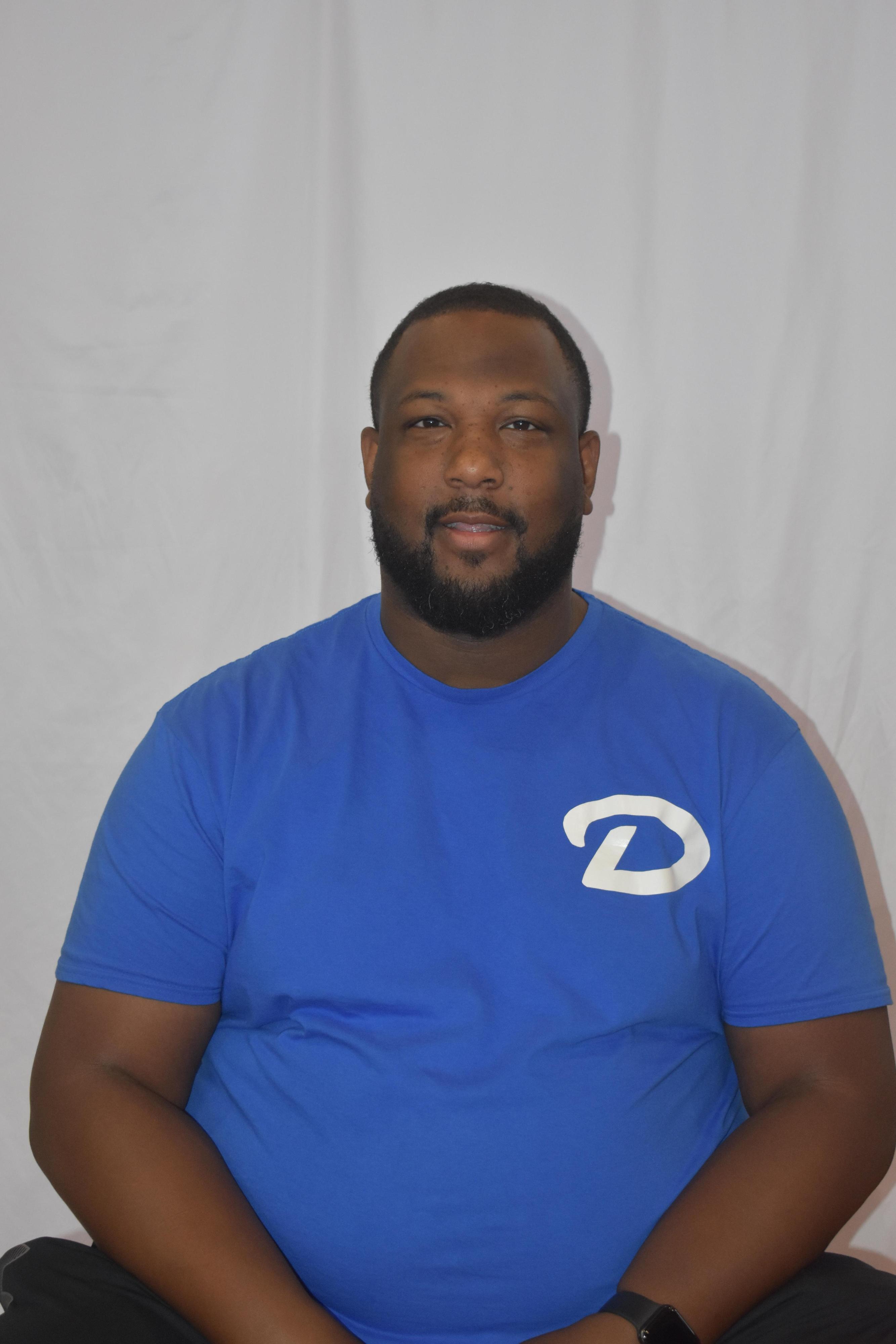 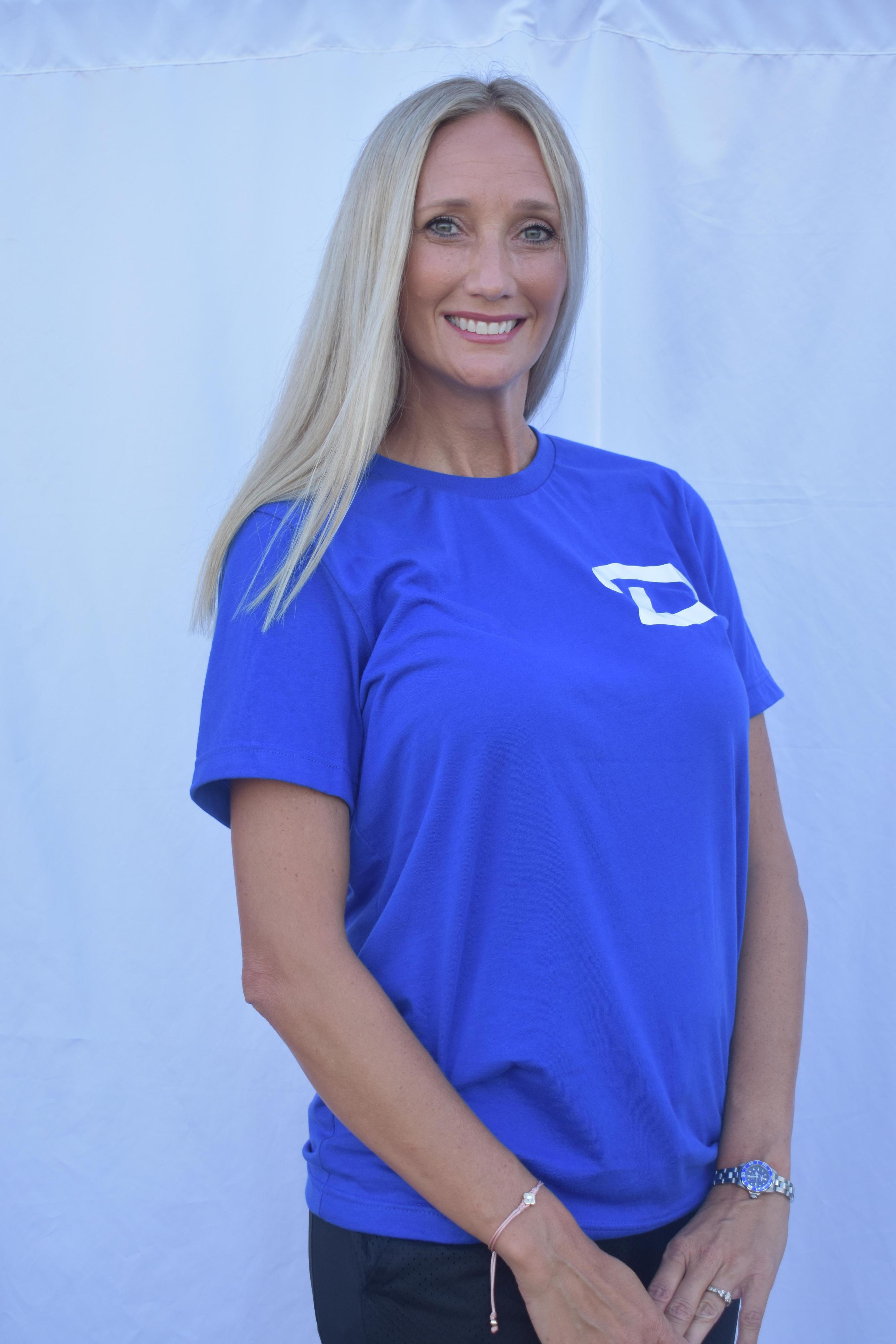 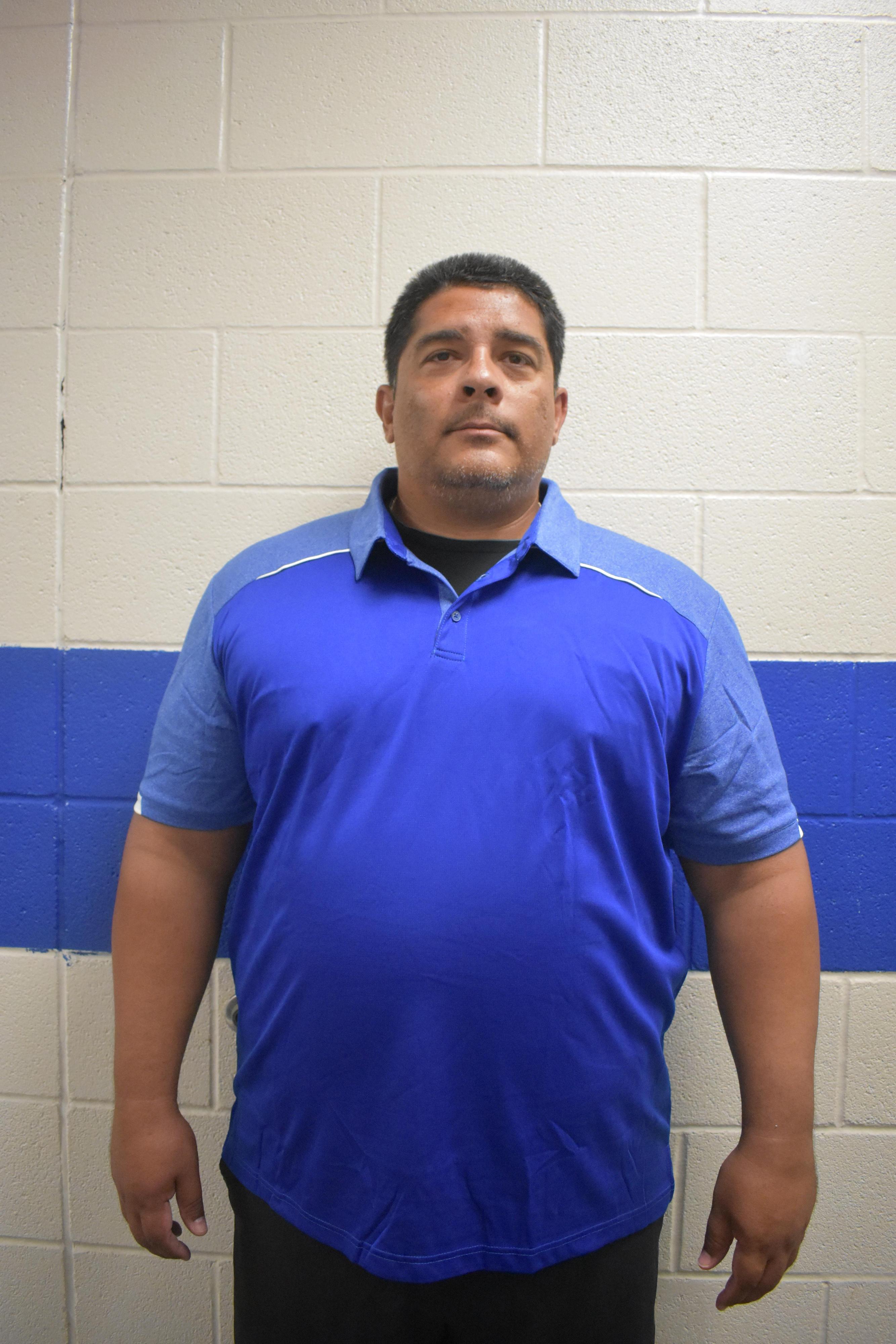 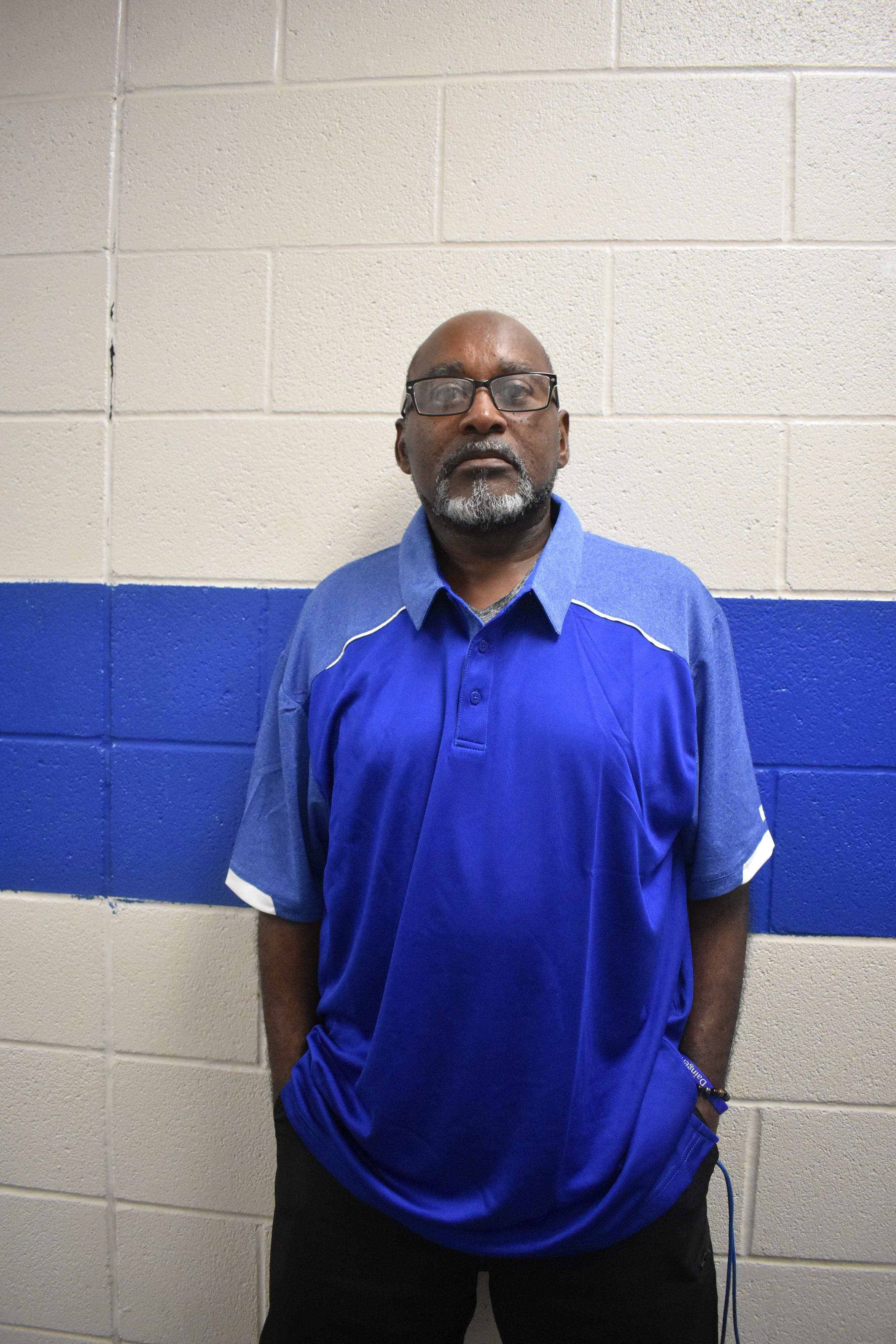