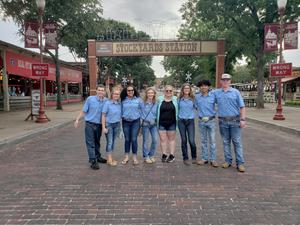 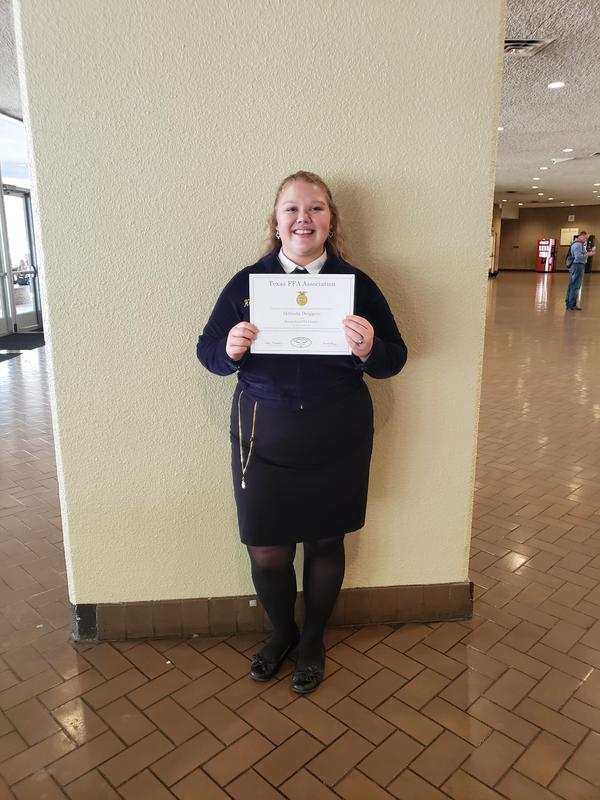 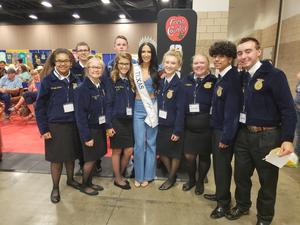 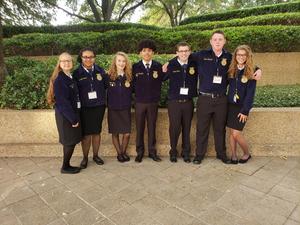 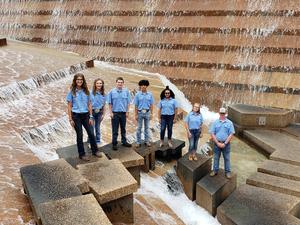 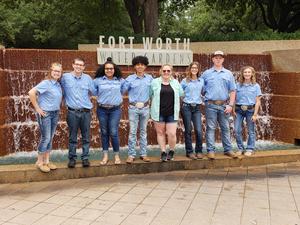 At the convention the officers served as voting delegates representing the Area VI FFA Association. They voted on the new State Officer team and other items of business for the state association. This was the first year to have 12 state officers due to the adding of 2 new areas so it was a special convention. Students listened to keynote speakers such as The Honorable Bill Sarpalius and others. Victor competed in the State Spanish Speaking FFA Creed contest.  Hope received a $10,000 scholarship through the Texas FFA. Her scholarship was sponsored by the Jim Bob Norman Ft Worth Stock Show Syndicate.