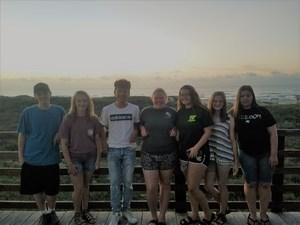 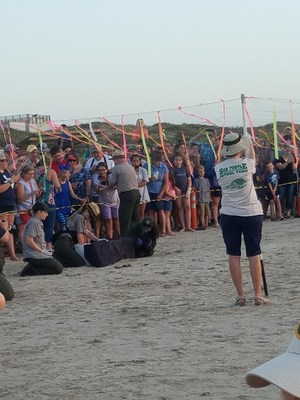 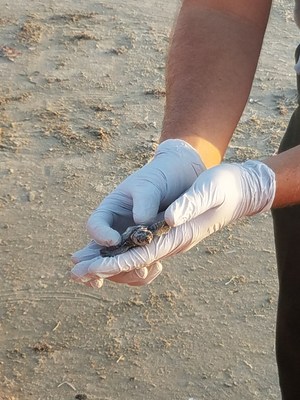 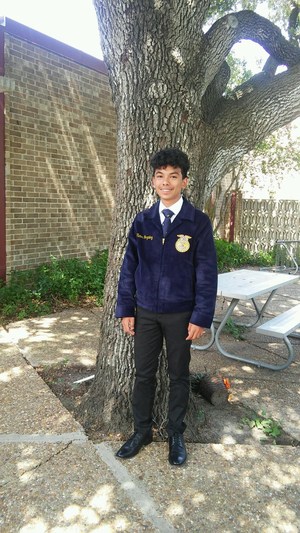 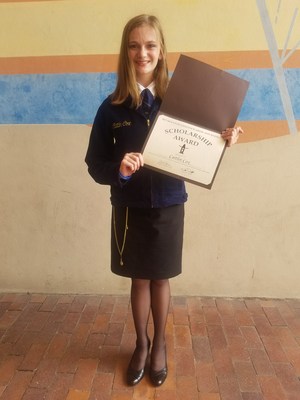 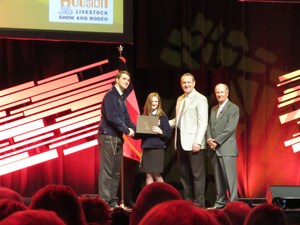 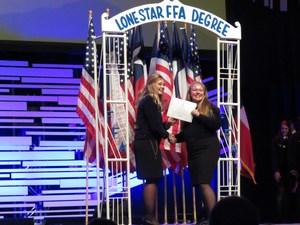 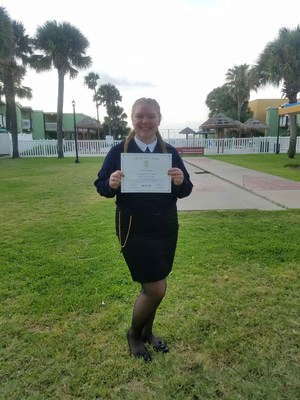 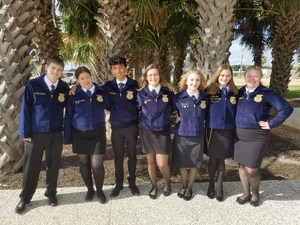 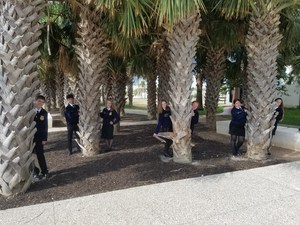 Two students honored receiving Lone Star Degree; One student awarded $20,000 scholarship
The Daingerfield FFA chapter officers along with recent DHS graduate, Caitlin Cox, attended the Texas FFA Convention in Corpus Christi where over 12,000 members were in attendance. The chapter's officers participated in the business session where they voted to change the state FFA constitution and acted on other items of business. They also elected the incoming state officers and voted on the state winning talent team.
Hope Driggers and Dee Hall received their Lone Star Degree which is the highest degree a member can achieve at the state level and is an extreme honor.  To qualify, the student must obtain a Supervised Agriculture Experience Project each year (animals, ag mechanics, job placements, science fair, or research) and have a set amount of classroom time, contest time, meeting time, etc.

In addition, Caitlin received a $20,000 Houston Livestock Show and Rodeo Scholarship with the option to renew if she maintains her GPA. She received this because of her dedication to the FFA, good grades, high ACT score, community service hours, and being a well rounded student. While at the conference, Victor Gonzalez competed in the State Spanish Creed Speaking contest.

The students heard from many keynote speakers including the Commissioner of Agriculture, Sid Miller. They squeezed in one early morning excursion going to the Padre Island National Seashore to witness the release of 102 baby Kemp’s Ridley sea turtles!

It was a great week and wonderful experience for the students.