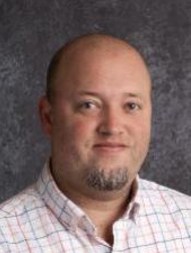 "I am both excited and anxious to come back to the school district community that encouraged and afforded me the skills to enter the world and find my path. I hope to be able to be an example for other young Tigers, so they can continue to learn, grow, and blaze a path for themselves.”

Having attended D-LS ISD schools from grades K-12, Daniel Pritchett, a 1995 graduate of Daingerfield High School, has returned home and will head up South Elementary as the new campus principal.

After college, Pritchett started his Texas public education career as a teacher at Corsicana High School where he taught English.  Following seven years in the classroom, including four years at Pine Tree High School, he began his administrative career in 2009 as assistant principal at Big Sandy Elementary.  He later became Director of Curriculum, Federal, and Special Programs at Big Sandy and recently completed his sixth year as high school principal at Avery High School.  The last two years there he also served dual roles as the middle school principal.